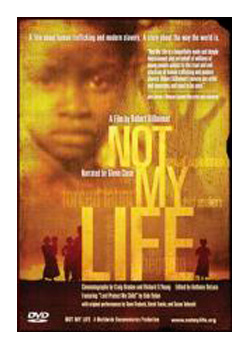 (from notmylife.org) “Not My Life is the first documentary film to depict the horrifying and dangerous practices of human trafficking and modern slavery on a global scale.

Filmed on five continents over a period of four years, Not My Life unflinchingly, but with enormous dignity and compassion, depicts the unspeakable practices of a multi-billion dollar global industry whose profits, as the film’s narration says, “are built on the backs and in the beds of our planet’s youth.”